The company’s story began in October 1930. Before the war, Mr. Lacasse Senior quickly built a solid client base, making his company the most important carrier in the Laurentides area. A small fleet of trucks performed deliveries for prestigious suppliers and manufacturers. As a secondary activity, Mr. Lacasse also provided moving services to families in and out of the Laurentides area using qualified workers and the appropriate equipment.

The company has enjoyed consistent growth since its creation. 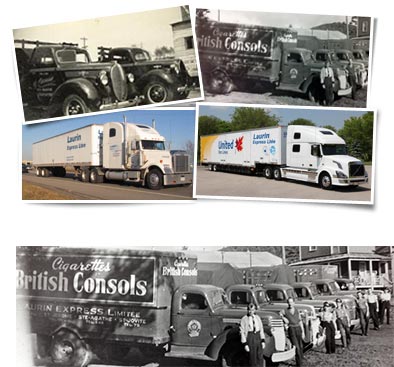 Below, you can see the evolution of Laurin Express Ltée throughout the decades, from 1930 to now…

Ask for a quote